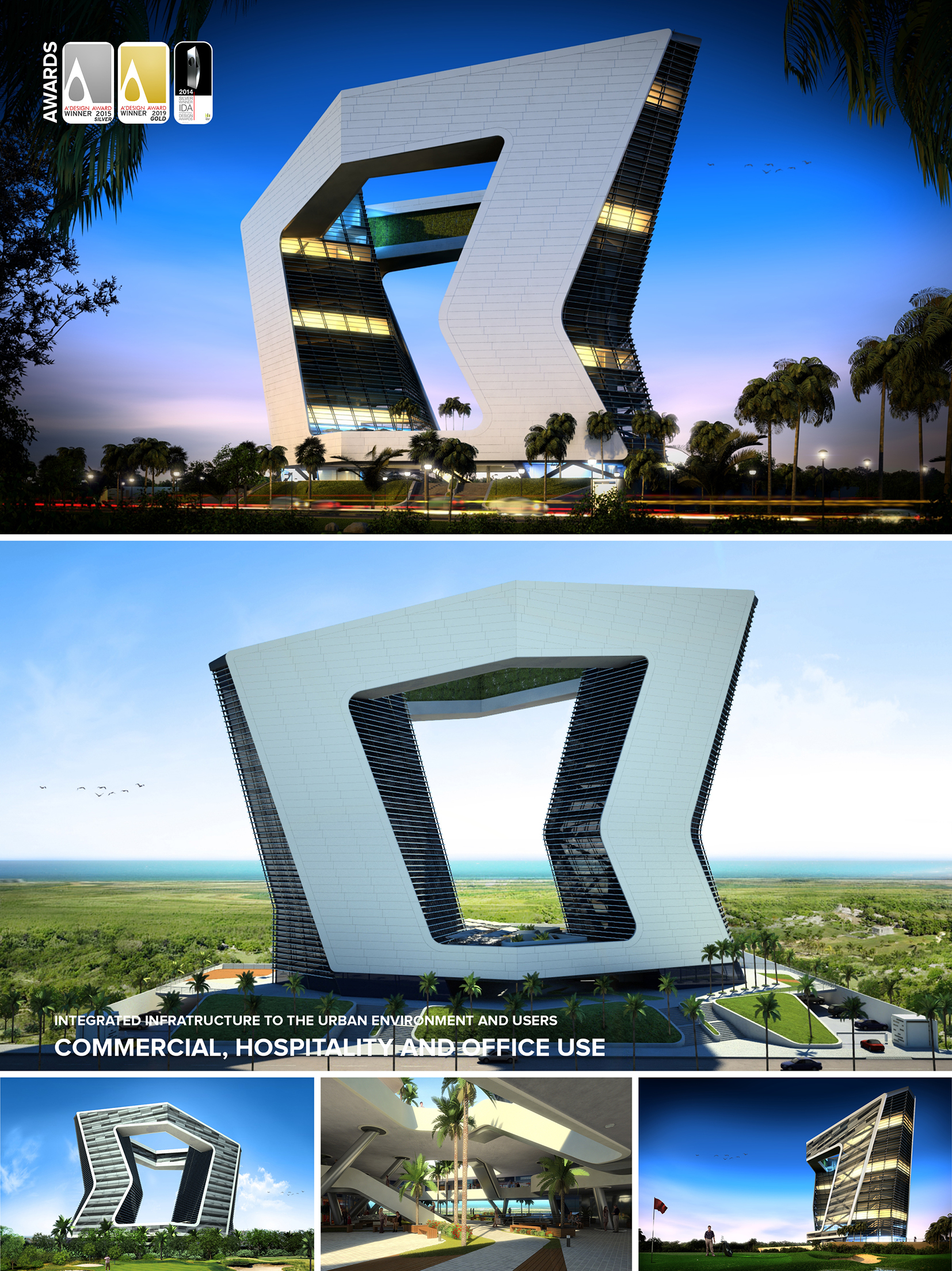 20 story tower, destinated for commercial, hospitality and office use. The building consists in 2 vertical bodies that meet at the top by 2 habitable bridges with an interior garden to form a large frame of the natural landscape. The building is protected from the sun in its west side by a "ventilated facade" of Alucobond flaky and indirect light is filtered inside between the horizontal slats of its outline.

On the Eastern front, the skin of the building is designed with a set of silkscreened, and transparent crystals sandblasteados advantage of the views of the golf course in Cancun and the Caribbean Sea. It has 2 parking levels integrated vegetated slope and high public square that generates a large urban balcony.

The interior design of the Mall in the early levels, expresses dynamism and spatial continuity invite another climb even higher to sit and have a coffee and enjoy the view terrace. In addition, the building opened to the public the opportunity to rise further, as it has a gazebo lounge restaurant on the top level. Thus, this vertical infrastructure with the inhabitant of the city and its urban environment is integrated. 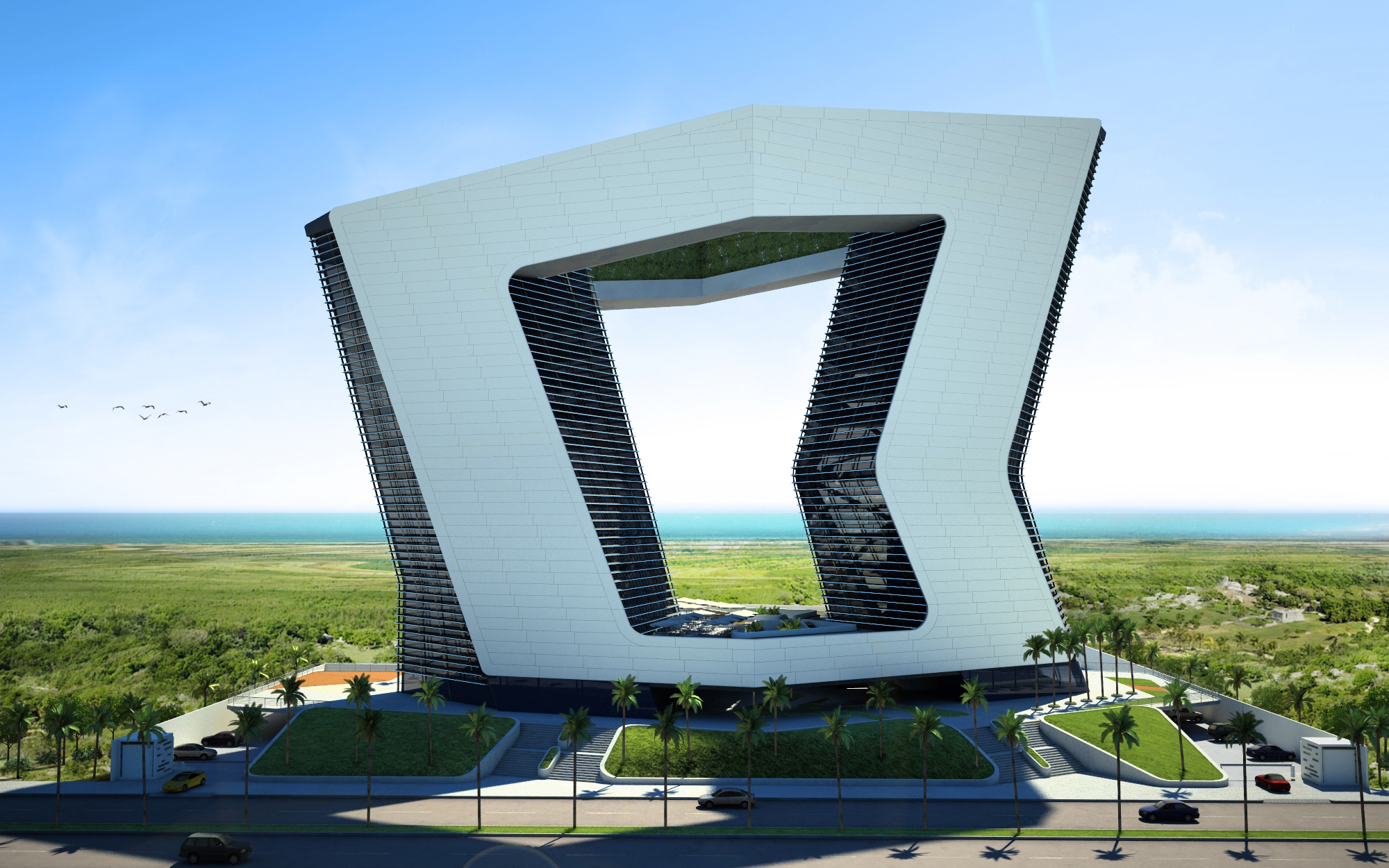 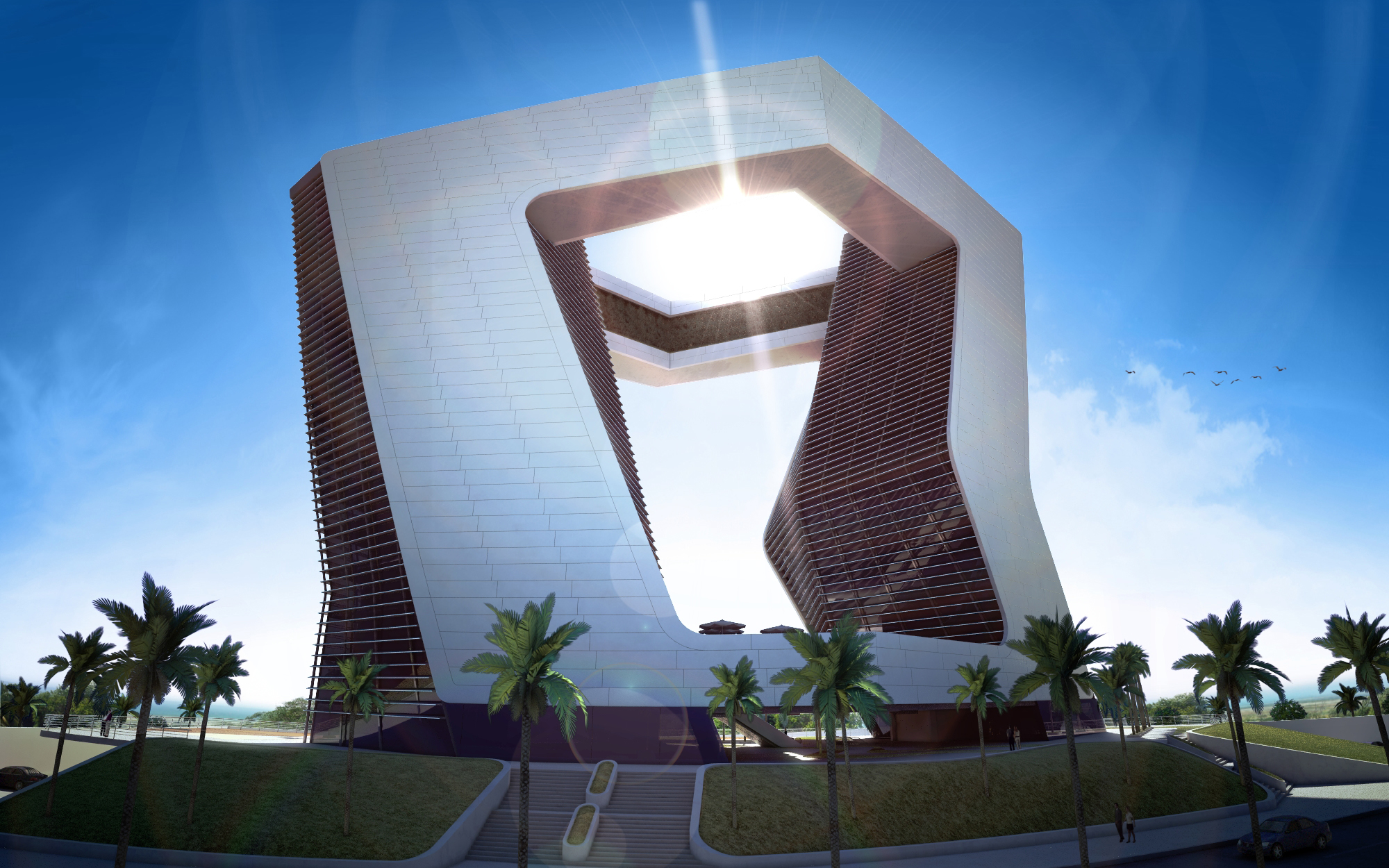 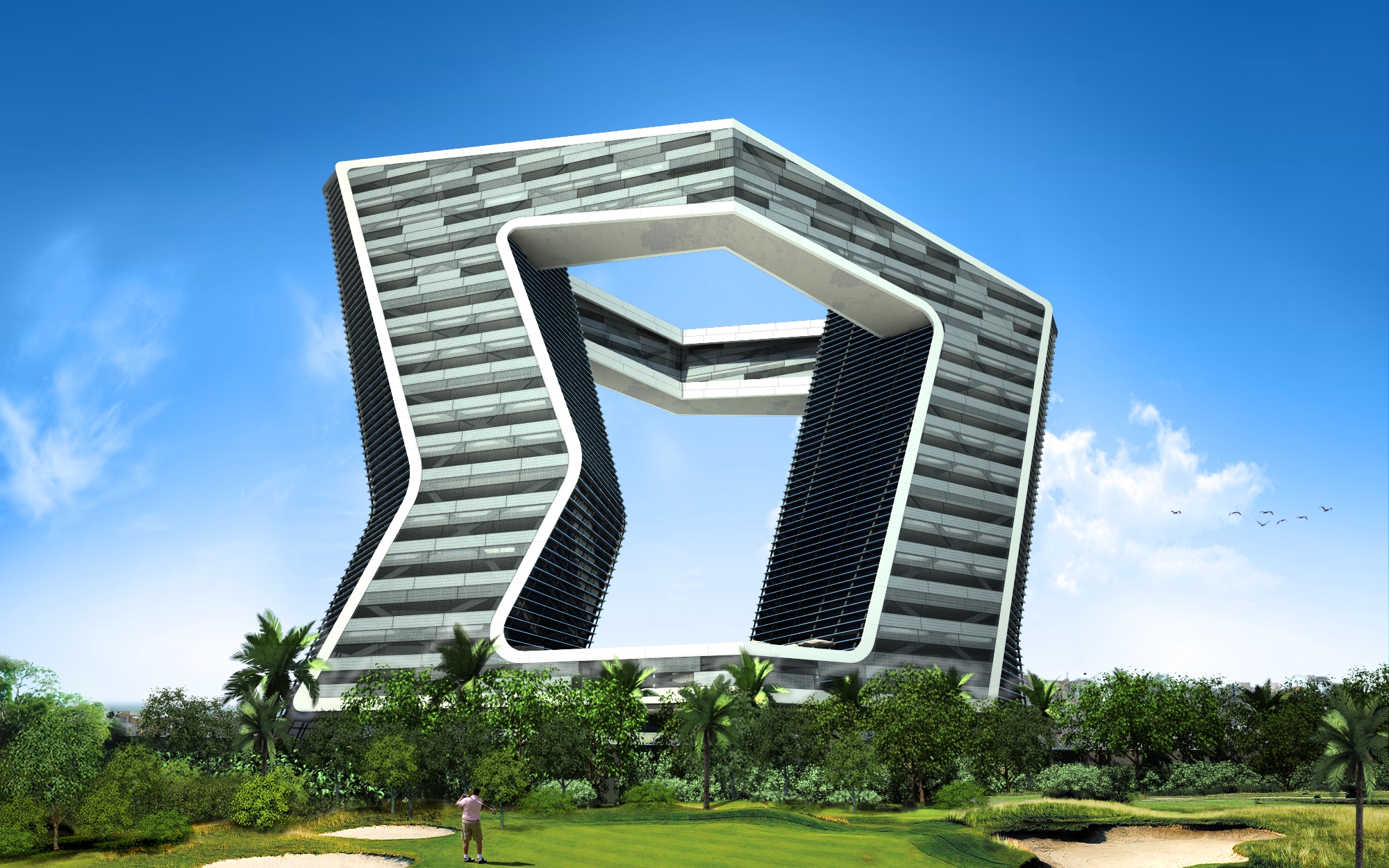 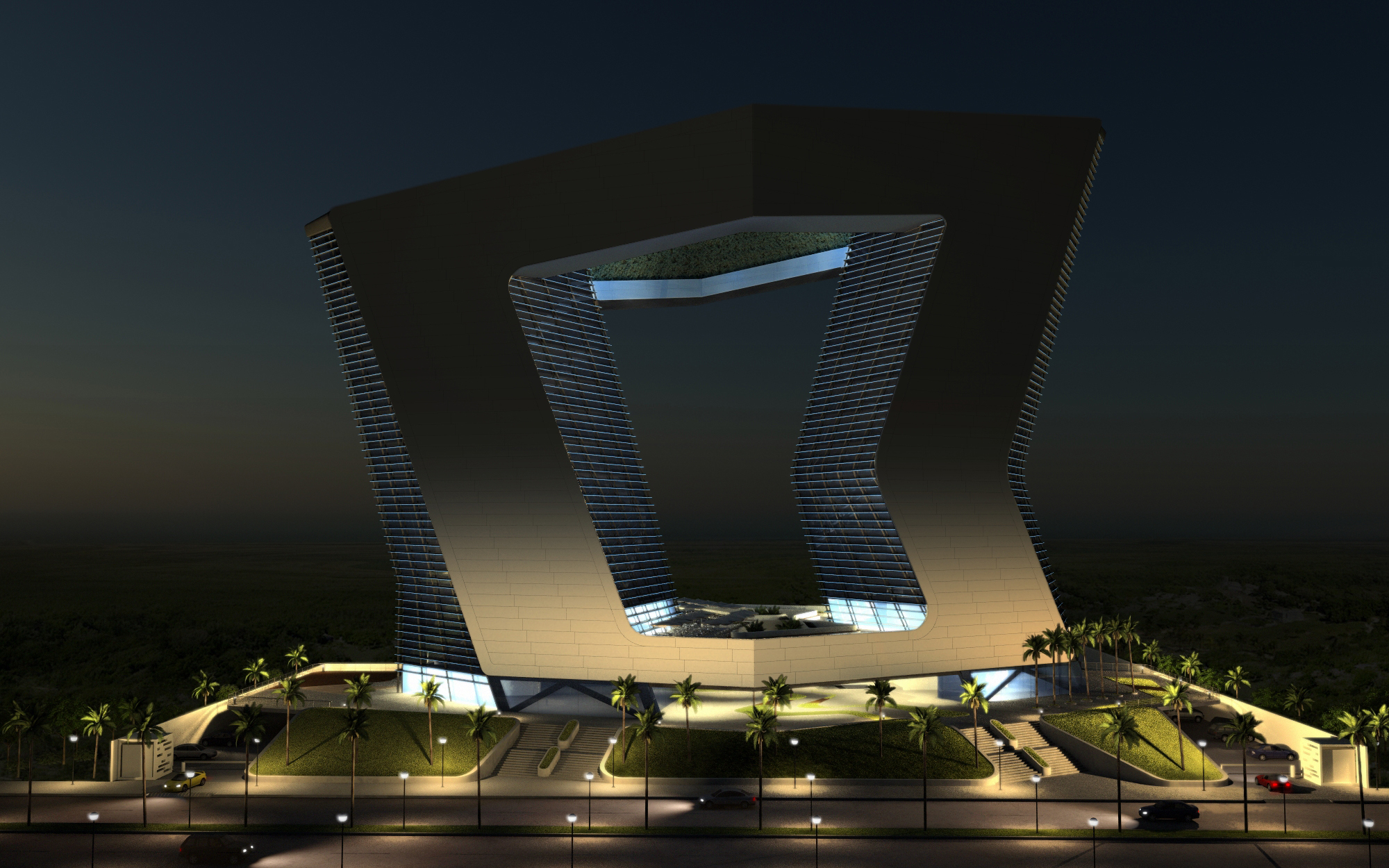 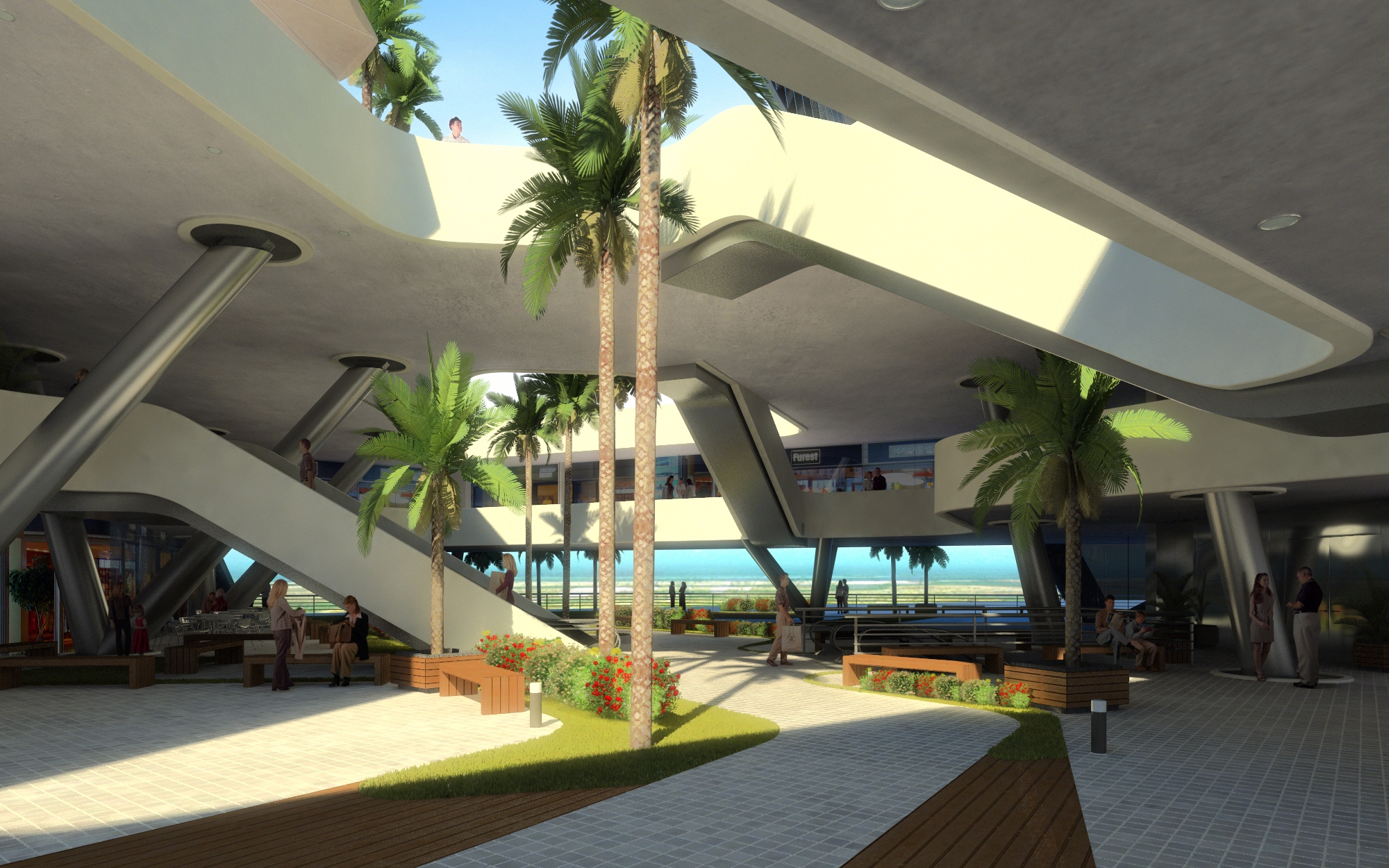 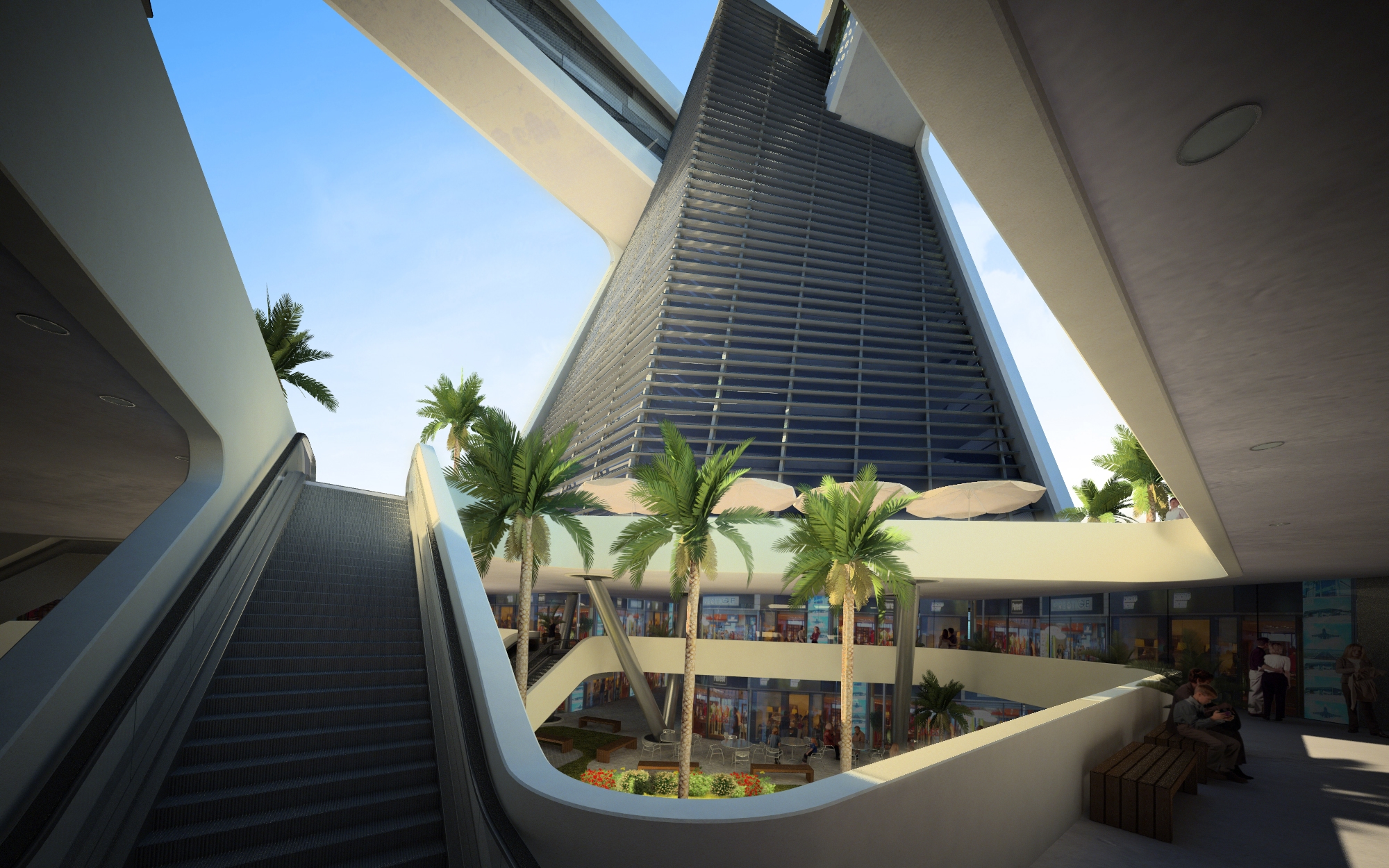 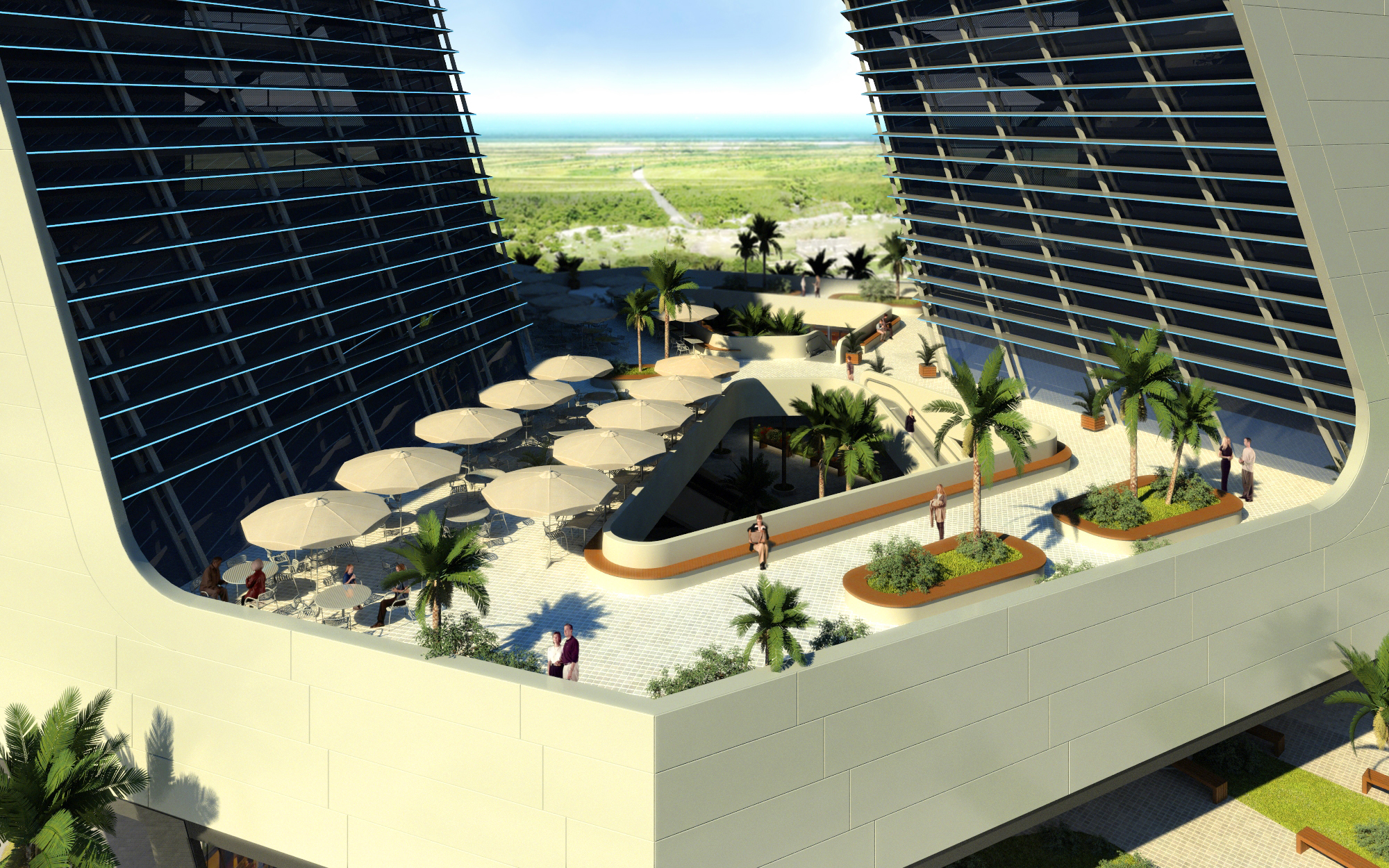 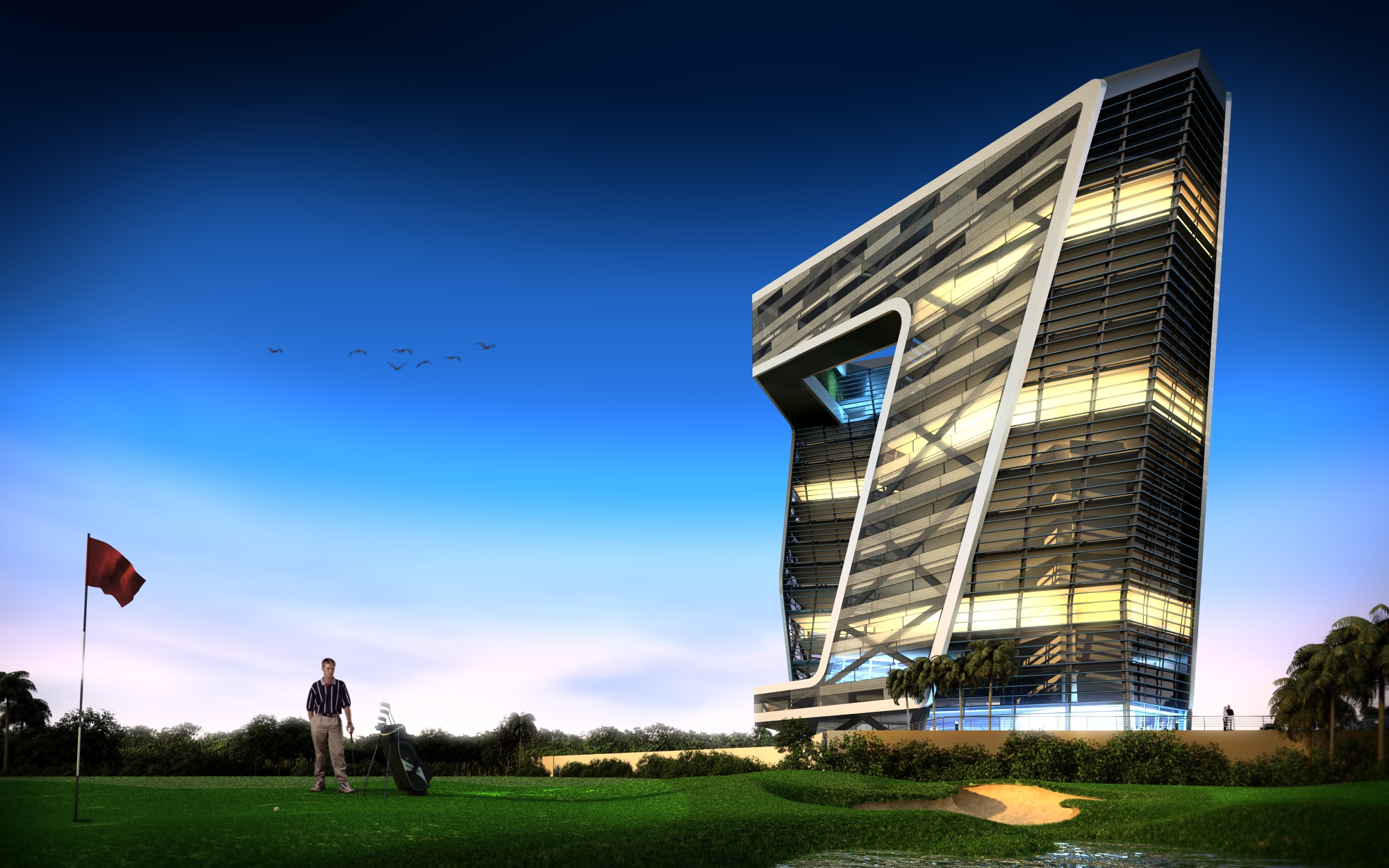 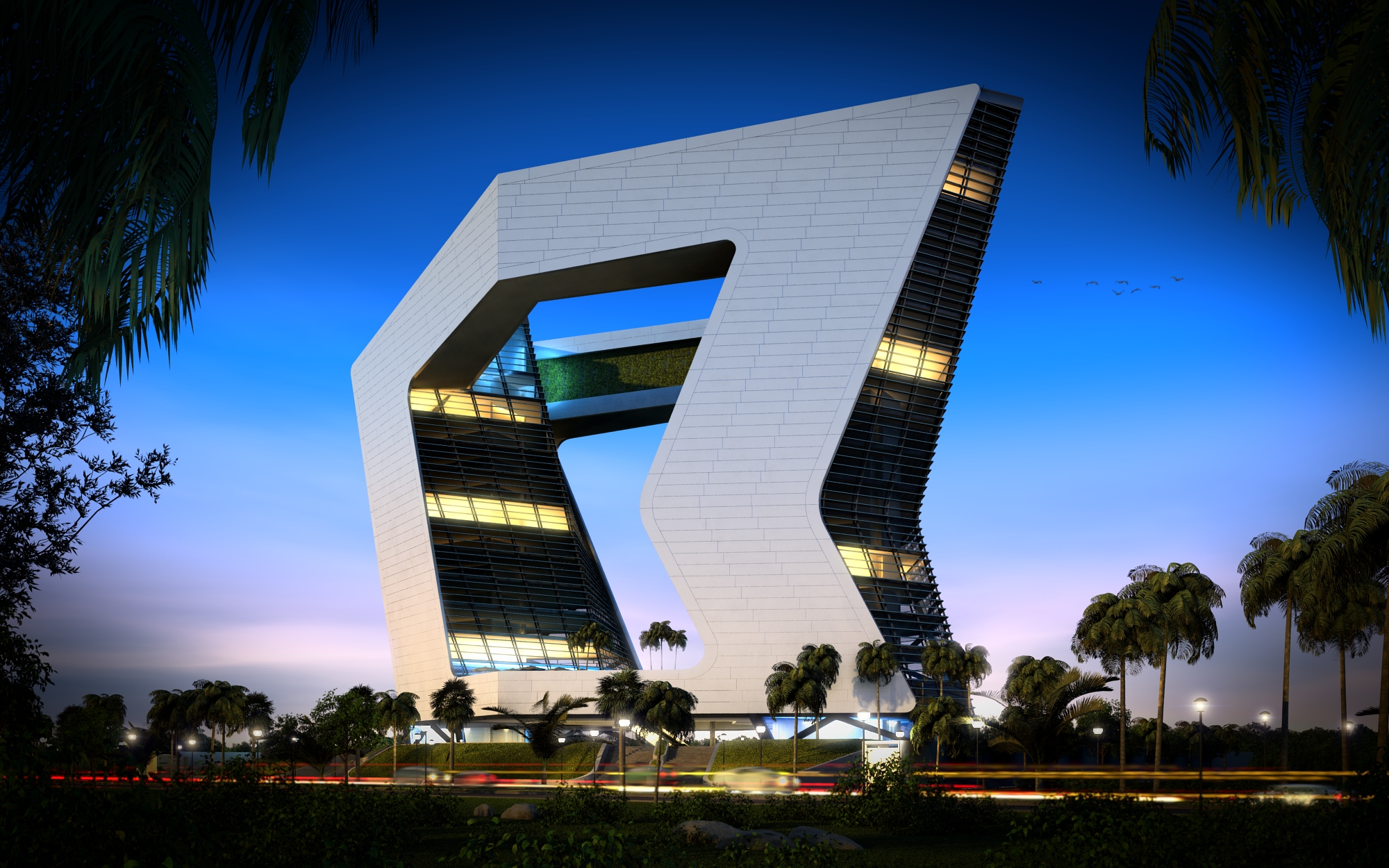 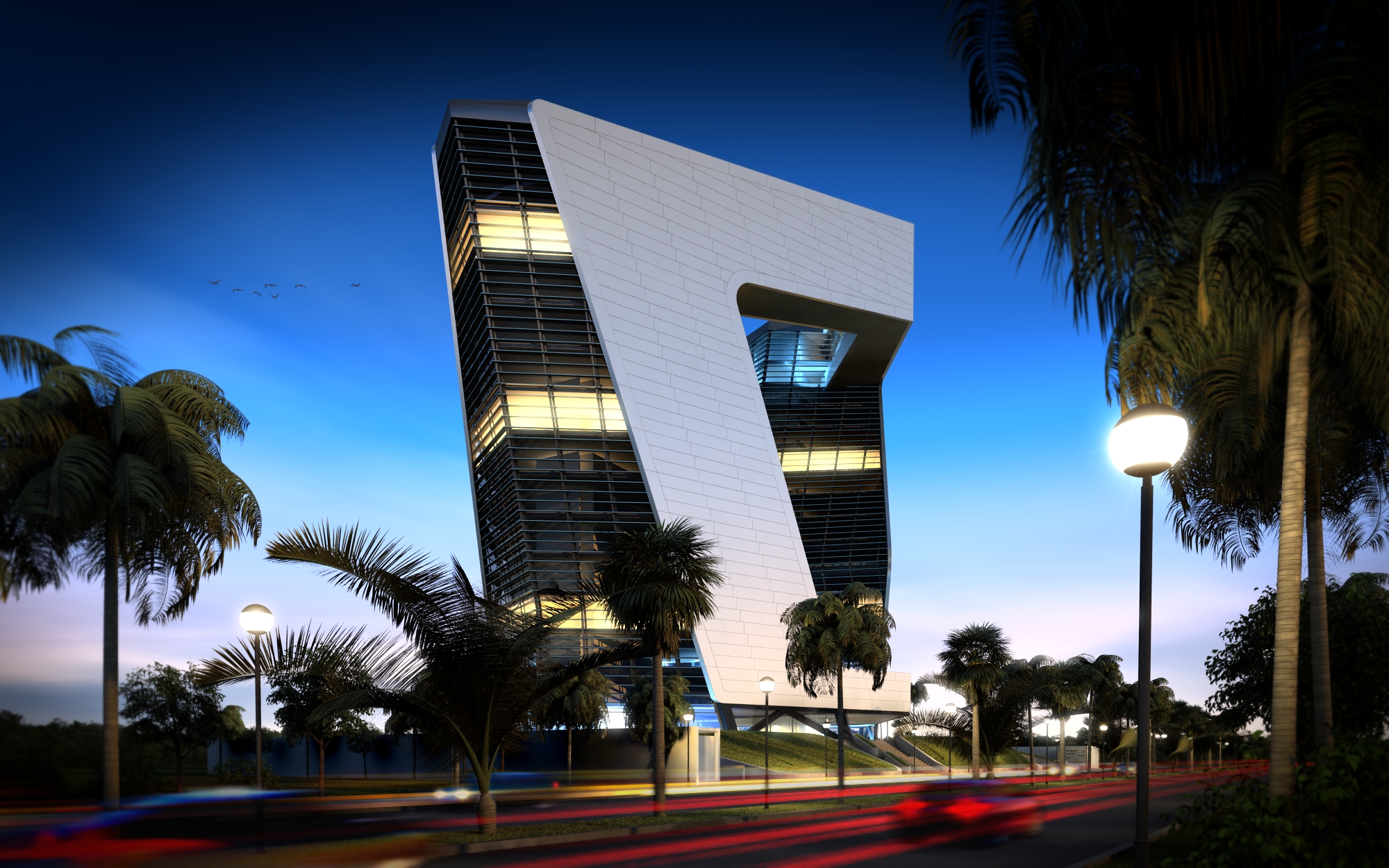