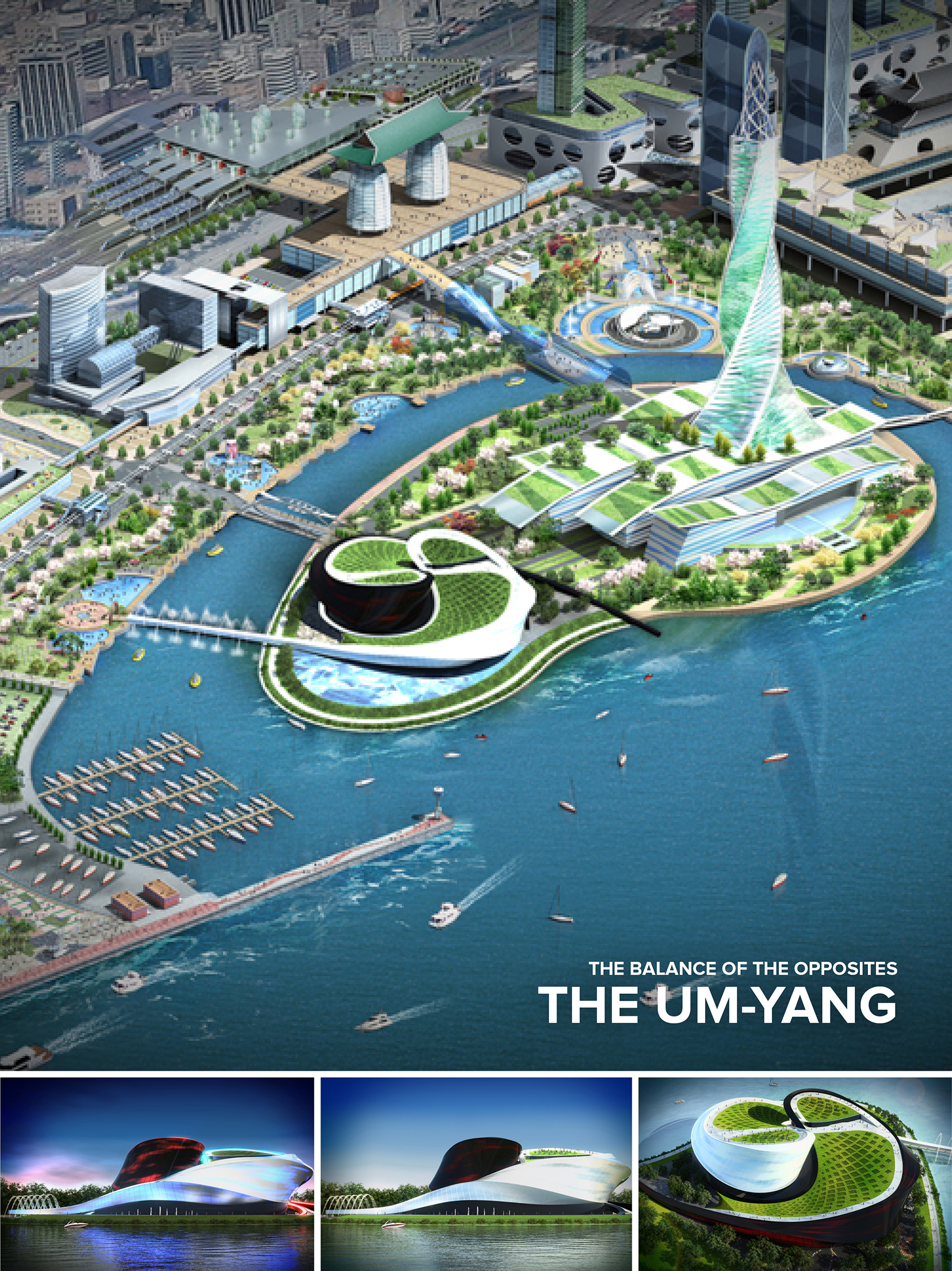 Proposal: Promoting Korean Philosophy The concept of design is based on the philosophy of Korea, the balance of opposites, the Um-Yang. The fundamental idea is to create an iconic building that represents the culture in which it is immersed, to remind the native people where they come from in order to promote this philosophy to the outside world. Materializing this ancient philosophy in a cutting edge building connects the past with the present, giving long life to a culture that must be projected into the future. The vision of this building is the integration with its natural and urban environment, besides being spectacular, create public spaces and nature, respecting and helping the environment, a sustainable design that promote a city to the world.

SKIN INNOVATION: Energy Flow in Motion : Click to see Animation Video The LED RGB lighting glows inside a double layer of Nebular Gradient Silkscreened ETFE. The printed texture gradients the opacity of the skin to control sunlight and lighting. By controlling the intensity and the RGB gradients of the LEDs, the skin creates Energy Flow in Motion. The skin represents the unity of opposites that compose the cosmos.

SUSTAINABLE DESIGN : Minimizing Carbon Footprint The skin incorporates Photovoltaic Solar Panels capturing energy from the sun to generate and supply electricity from a clean and sustainable energy. The Extensive Green Roof helps to provide oxygen and ambient temperature regulation, providing a natural insulation skin on the top of the building. LED technology glow the skin of the building at night, creating art with light of low energy consumption emphasizing the fluid and singular skin. The Ventilated and Shading Façade reduces interior solar radiation by shading the internal curtain wall, and the diffuse solar light enters interior space through the gradient opacities. Rainwater is collected through the entire roof and stored to be used in bathroom equipment and landscape irrigation. Grey water is treated and re-used for landscape irrigation.

URBAN DESIGN: Maximizing Public Space The building is designed to be passable inside and out, becomes an urban element deployed from the site as a bridge to its top as a balcony. The Green Roof extends the gardens and recreational areas of the city, increase the natural landscape and invites you to rise to the top of the building creating an Urban Park. The rising walkway increases pedestrian paths in the area and invites you to rise to the top while enjoying panoramic views, then go down and continue a site walk. The terraces at different levels generate scenic viewpoints. The green surface along the roof creates natural seating steps for the contemplation of aquatic and urban events. The exterior urban areas of the site are designed according to Korean Philosophy; the building is surrounded by 4 plazas: Ri/Fire, Gon/Earth, Gam/Water and Geon/Metal. The design also incorporates a Water Balcony as part of the pedestrian path; this element provides a little more interaction between users and their natural environment. 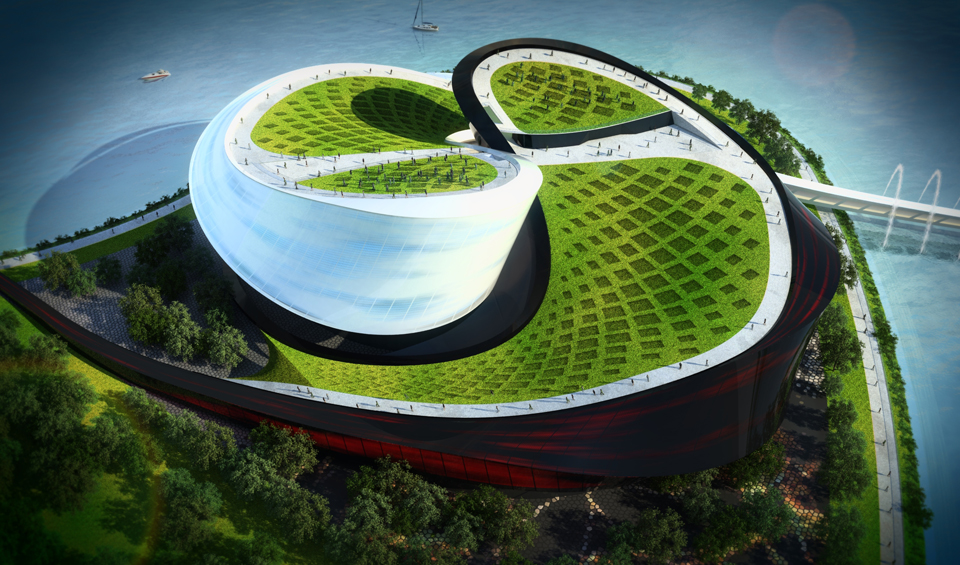 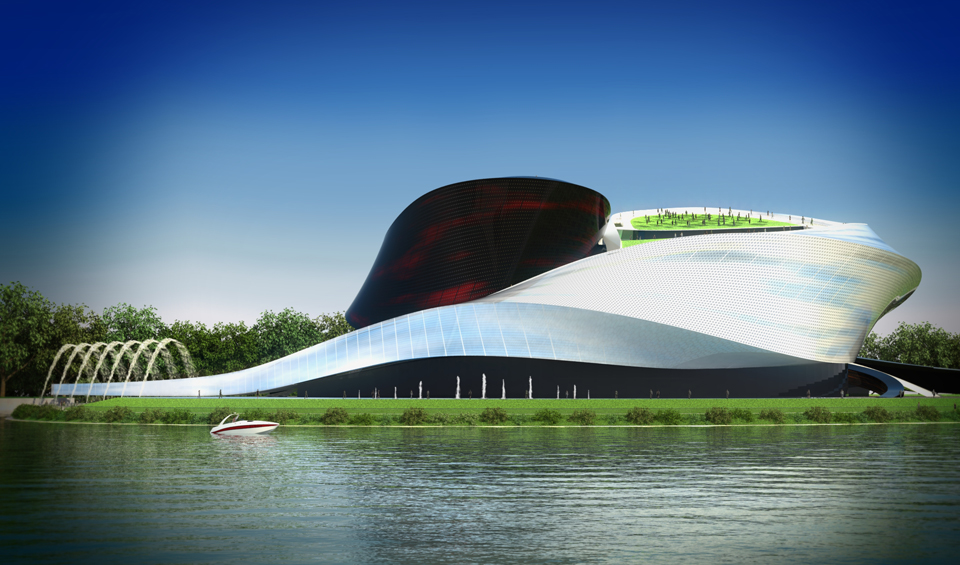 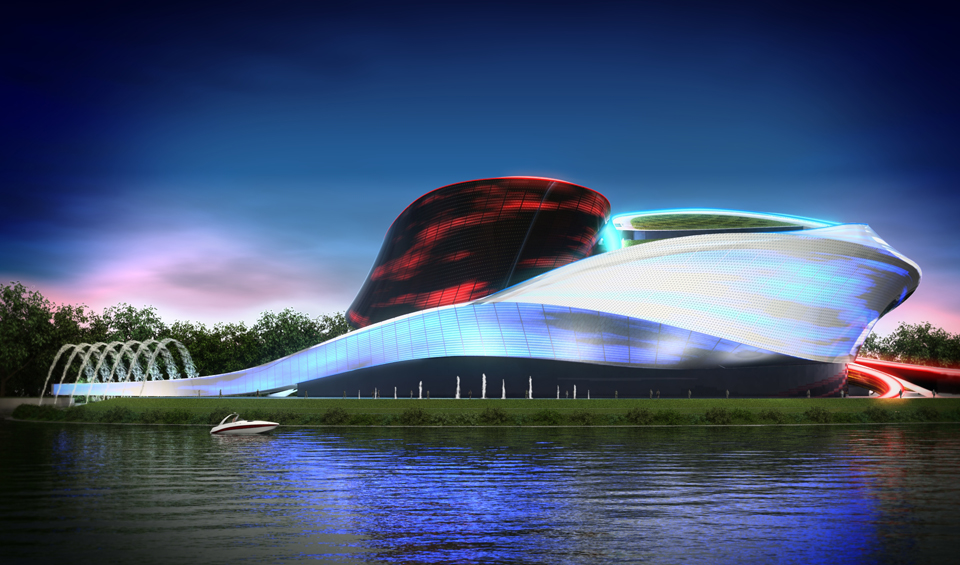 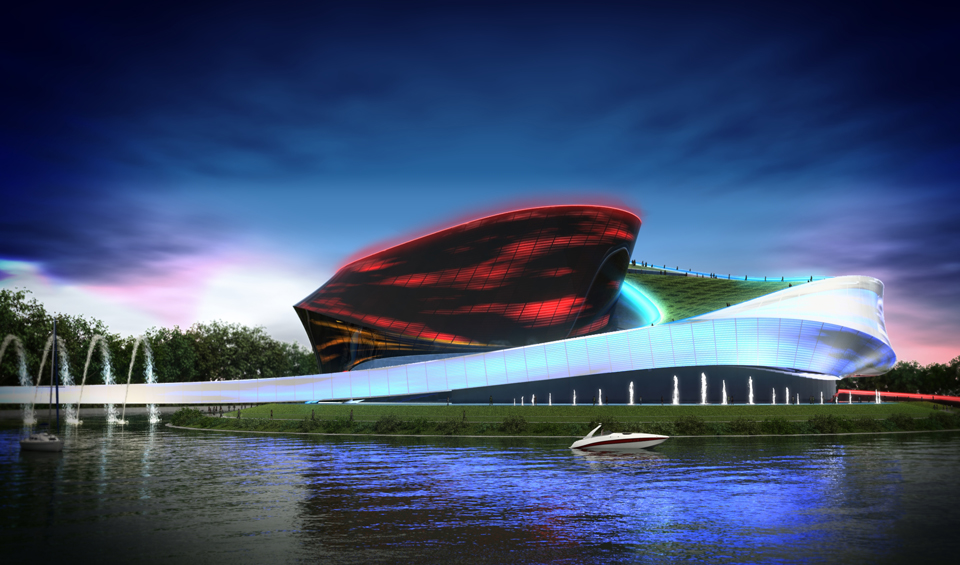 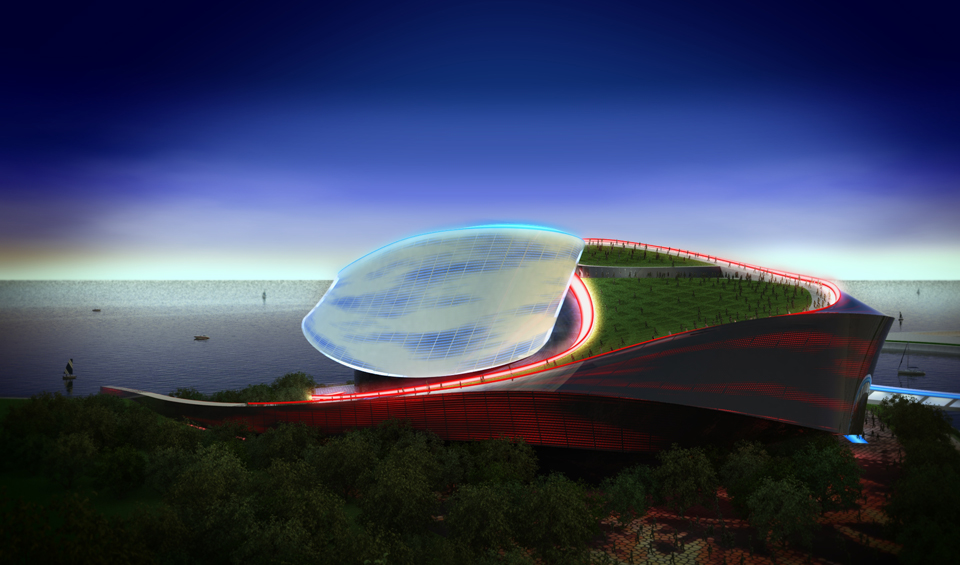 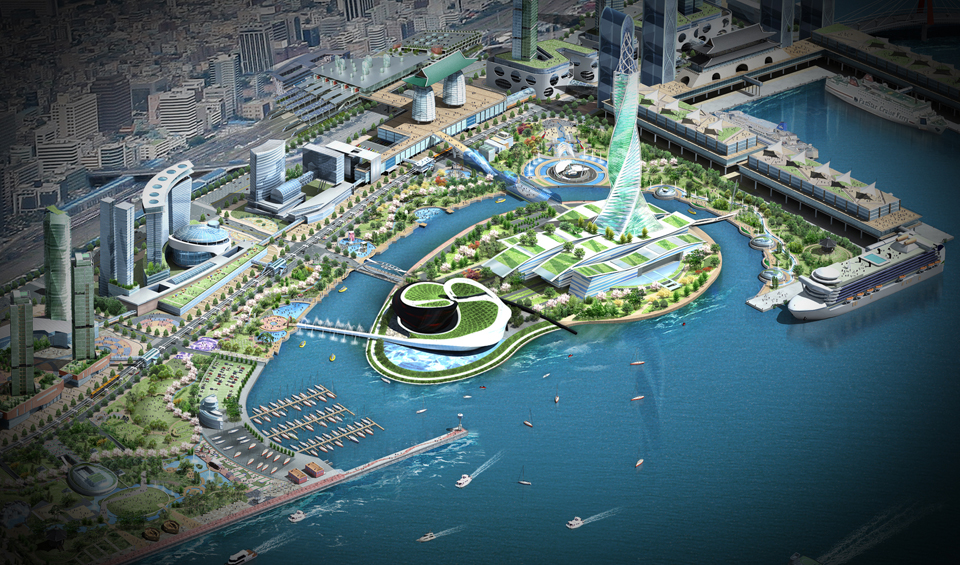